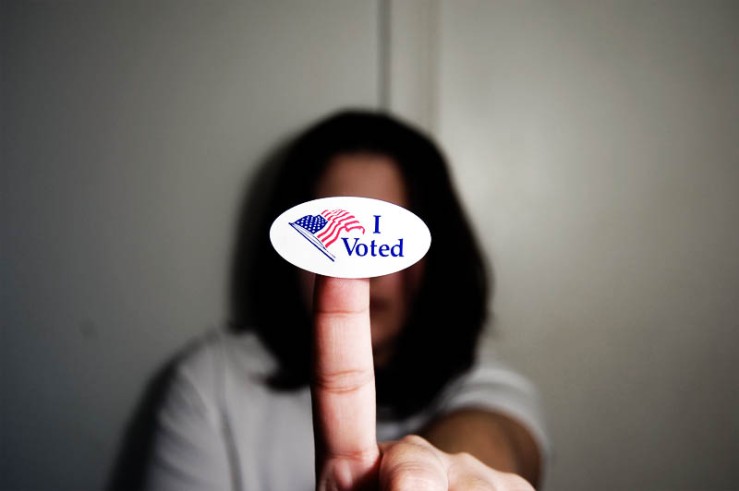 In this 2016 Presidential Primary Season, there are obviously a ton of jokes going around – Kanye for President, Deez Nuts for President, Donald Trump for President (awk when not everyone thinks this is a joke)… And all of these jokes do a pretty good job of making me laugh.

You know what joke doesn’t make me laugh? The joke of women’s issues being taken seriously. Honestly, I’m sick of the fact that the most we talk about women’s rights – you know, the rights of approximately 50 percent of the voter population – is when a male candidate makes some unfortunate and probably offensive gaffe. We should be better than that, America. We should be discussing more than Donald Trump making insensitive period remarks and bringing to the forefront some of the more prominent women’s issues.

And one of the biggest issues I can think of right now is the fact that someone thinks they can tell you that you don’t support women’s rights if you don’t want to vote for Hillary Clinton or Carly Fiorina. Let me repeat that:

A vote for Hillary Clinton or Carly Fiorina isn’t necessarily a vote for feminism (but it could be).

One of the coolest parts of America’s democracy is that we as voters are empowered to pick whoever we want. There are no tests, no requirements, no bare minimum knowledge about the issues that you need to demonstrate – you simply need to be eighteen and you can sign up. Which is why I’m thinking it’s so f*cked up that people are saying that feminists vote for women, and everyone else votes for the other guys.

Because seriously guys, how anti-feminist is it to say you’re going to vote for someone simply because of their gender? How is that different from saying, “oh hey, yeah, I don’t want a woman in office so even though I’m totes team Carly Fiorina, I’m throwing my ballot to Ben Carson because he’s a dude.” I think the problem with that statement (or it’s inverse) is that it neglects to acknowledge that feminism is essentially gender equality. Saying you’re going to vote for one person just because of their gender (or race, or religion) is the minority really isn’t promoting equality.

I totally get it. A lot of women like Clinton and Fiorina because they want to see someone who has similar struggles and similar needs as them in the White House. Those ladies are getting a huge female vote because women want to see female representation in the presidency. But isn’t our end goal to live in a world where the gender of a candidate doesn’t even cross our minds? Don’t we want gender to be a total non-issue?

You know what? I’m a woman, I want equality, and I’m not going to vote for either of those women (or maybe I am. It’s not really anybody’s business who anyone else is voting for).  Being a woman and being empowered means taking the initiative to educate yourself on the issues, developing a standpoint, and choosing the candidate whose plan matches yours the most.

Don’t get me wrong. I really, really respect these women, and I understand the great step forward they’re making for womankind by putting themselves out there and running to be the first female to lead in the Oval Office. But I also respect the women all over the nation who don’t plan on voting for them. I respect their intelligence, I respect their instincts, and most importantly, I respect their autonomy as women to check of whichever box on a ballot they damn well please.